…with a little help from my friends.  Well, actually, it’s friend singular.  So, as fate would have it, a friend of mine used to geocache with her (now ex-) husband.  I told her that I was doing it now and she came with me on a few finds.  Long story short: she just passed 100 finds a couple of days ago and whenever she’s in town we go caching together.  She lives in a county seat I haven’t been to yet so there may be some trips down there and to the surrounding counties, too.  The Project will continue!

This weekend there was caching.  Quite a bit, actually.  Over the last few months I haven’t been all that able to cache all that much because real life stuff.  In the last couple of weeks, I’ve been able to catch up to my original goal of an average of three caches per day.  In fact, October has been a new record month for me.  A few of them were of note.  The cemetery above was a clever little mystery cache with one little flaw: couldn’t find the cache!  But it all turned out alright.  Turned out that the coordinates were not only pointing to the wrong tree (about thirty feet from the actual hide), but the correct tree had just been cut down!  Luckily the owner not only responded quickly, but also replaced the cache so we were able to claim it the next day.

This one isn’t particularly special.  It just turned out to be a good shot of a micro in a tree which is part of a series around an office building parking lot.

Is there anything more enjoyable than finding an ammo can?  This was the second can the weekend.  I forgot to photograph the other one but it got a 58K+ mile trackable.  I’m going to keep an eye on that one, though.  It languished for a while in Waco before I got my hands on it.  If it’s there for more than a month, I may go back and get it because I know I’m planning on traveling.

Yes, you can see the cache on this one.  To be lucky enough to place it when they repaint it?  Best.  Camo.  EVER!!! 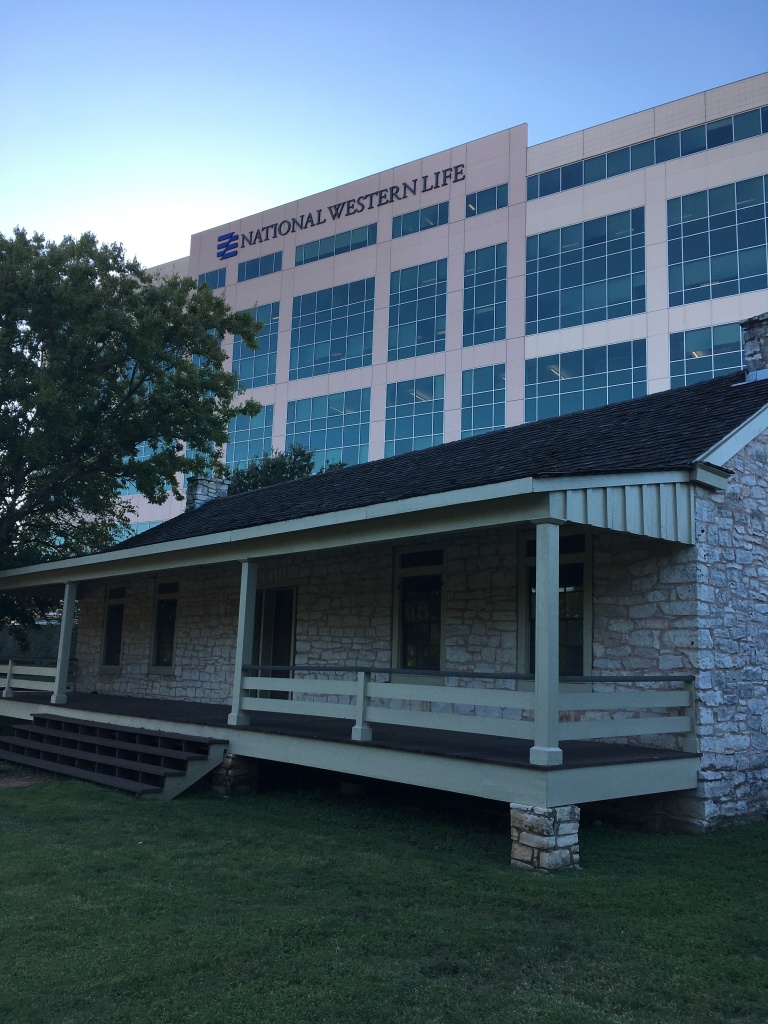 This is one of the first homesteads in this area.  Instead of tearing it down for that building back there, they just put the parking lot around it.  That’s how a lot of historical sites should be treated instead of just torn down.

And so went the weekend.  Watch this space because it looks like I’m making an out of town jaunt later this weekend and you know what that means…