So I went back out to get my first night cache.  And I learned something important: if you have a weak flashlight, it’s hard/impossible to see reflectors.  So an iPhone light and a single LED light are not enough for our purposes.  So my first night cache was a failure.  Survey says go out and buy a flashlight to add to the pack.  That said, the trip was interesting, nonetheless… 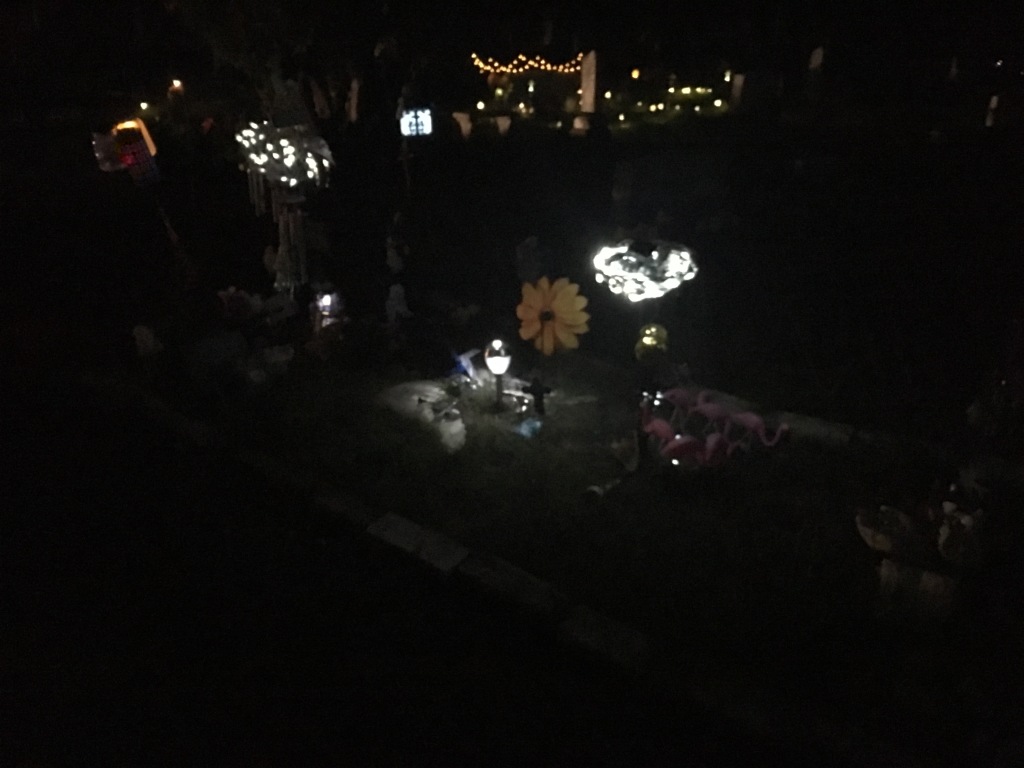 The foreground one was nice, but the background one was blinking.  Do these things have solar powered batteries or something?  Do they run out before dawn?  Why have I never seen this before?  Is this becoming a thing?

Actually, I know why I’ve never seen them before.  I don’t tend to do a lot of night caching in general.  Skulking around in the darkness doesn’t seem like a good idea for me.  I’ve thought about this for a while, but I think I should do night caches with a friend or something similar.  Maybe I’m paranoid, but something something risk aversion something.

And all that said, I’m imagine driving routes in my head.  I totally know how I want to drive to and through West Texas…