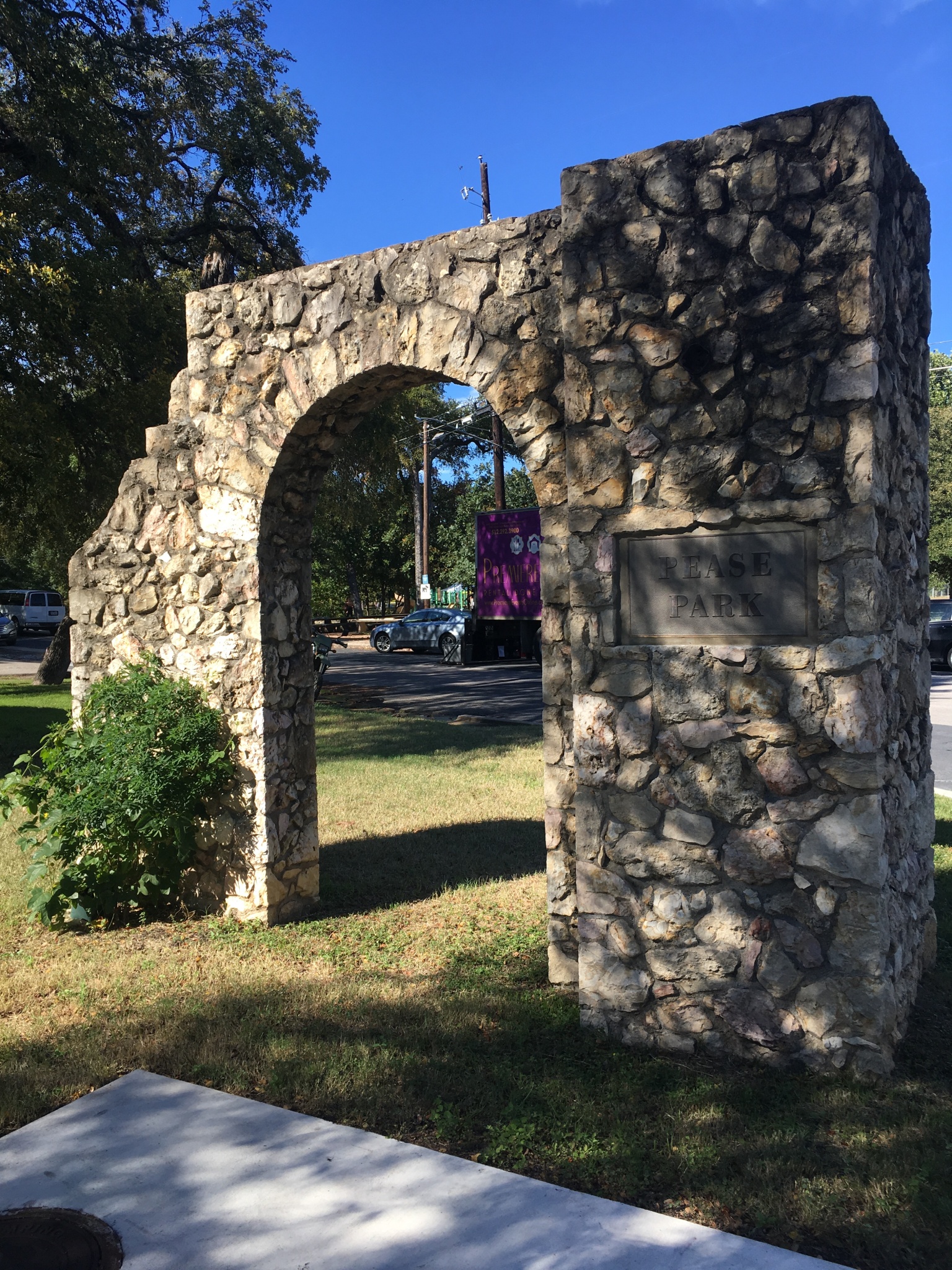 Brought back a ladder from the mini-roadtrip.  Actually, it was brought back to take care of a completely different cache (there’s a magnetic nano about 20 feet up the side of a lamppost), but it was a good day to take care of this one.

Pease Park is a downtown space given to the city by a former Governor (Elisha Pease).  It was unused until it was made into a park in 1926, which is when the stone gates were erected.  It has remained so ever since, it’s most well known use being the site of the yearly Eyeore’s Birthday Party since 1965.  It’s also the home of another cache or two, but those weren’t important.  This is one I had in the back of my head for a while.  I’ve mostly cleared out downtown Austin and this one has been taunting me.

So I shot up the ladder to the top of the arch.  Nice view, I think.  I’m a little amazed that there were no muggle questions.  Especially since there was some kind of event setup going on across the street at the park proper.  That said, people may have just assumed we were part of that.  And, of course, it’s sometimes amazing how much muggles don’t care about what you’re doing.  And our labors were rewarded!

This little rascal was waiting.  It was popped open and signed in the blink of an eye, then I ran it back up the ladder and back to its resting spot.  A nice view, a smiley accomplished, a mini goal fulfilled.

All that said, I’m a couple hours late with this entry.  I spent most of today resting, fighting off the last vestiges of some kind of crud, and this evening at an event with other local cachers.   Most importantly, I’m pregaming.  Tomorrow I’m taking a trip.  Ten counties, ten (possibly eleven) caches.  So publish, sleep, and head off bright and early.