Rain is the bane of my caching existence.  In a week without rain, the Meteorology God picks today while I’m traveling for it to rain.  I tell you truly that the umbrella I bought in Fredericksburg way, way back (see county 6) has turned out to be the most important tool and most valuable player in my time caching thus far.

On the other hand, there are a great many more caches to be had here than back in Cuero.  After picking up the aforementioned feed, we hit the courthouse and, as fate would have it, there was one on the courthouse square.  A 5.0/1.0 no less.  My caching buddy started looking for the cache while I took photos. 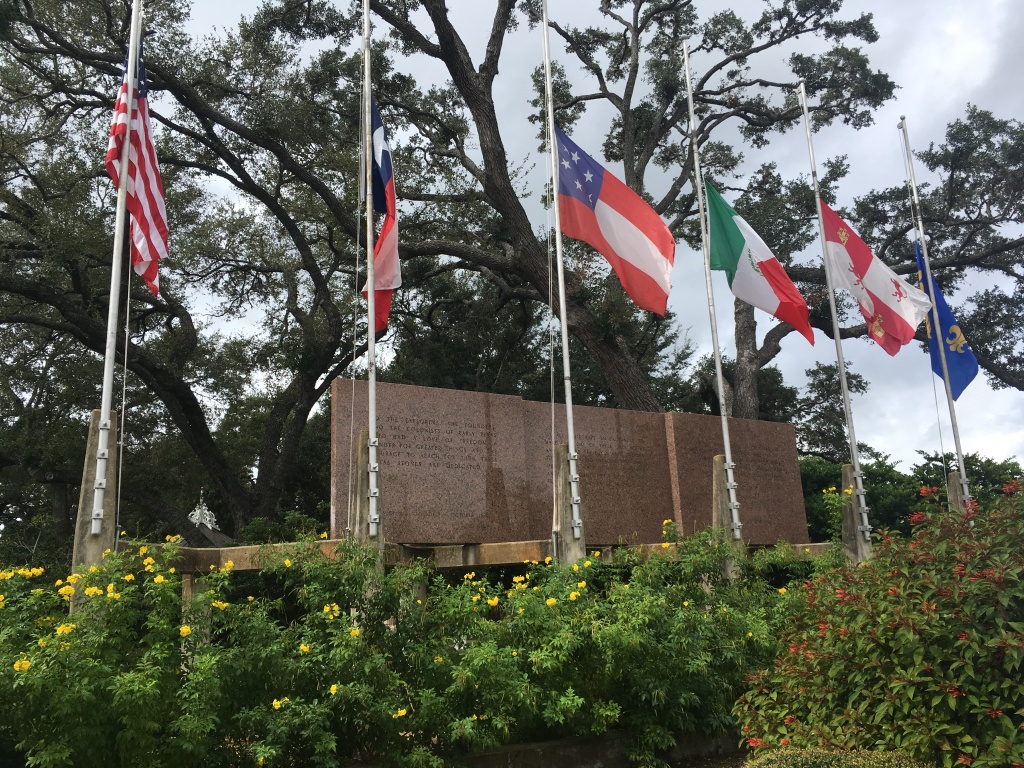 Of course, there are monuments around the square as there are at any courthouse.  Victoria, of course, has its own.  But one kinda snuck up on me.

Well who is this valiant minuteman, standing lonely vigil against the forces of…whatever forces need to be stood against?  I don’t know, but I know this much…

He wasn’t meant to stand vigil for me.  No matter.  I had a cache to look for.  Turned out that she found it before me.  She left it for me to look for and I spent about 20 minutes looking for it myself, but time was ticking and we had a schedule to keep so she showed it to me.

This clever fellow was jammed in a knothole in a tree on the square.  She noticed the hot glue holding the moss on the top and snagged it really quickly.  I realize it would have taken me forever to find it.  Her first 5.0/X, my third.  Well placed, fairly clever.  Kudos!

We headed back to Cuero to drop off the feed and grab a few things (including a ladder for some harder to reach caches back in Austin), and then set off again.  We hit the road and, soon enough, we found ourselves in…